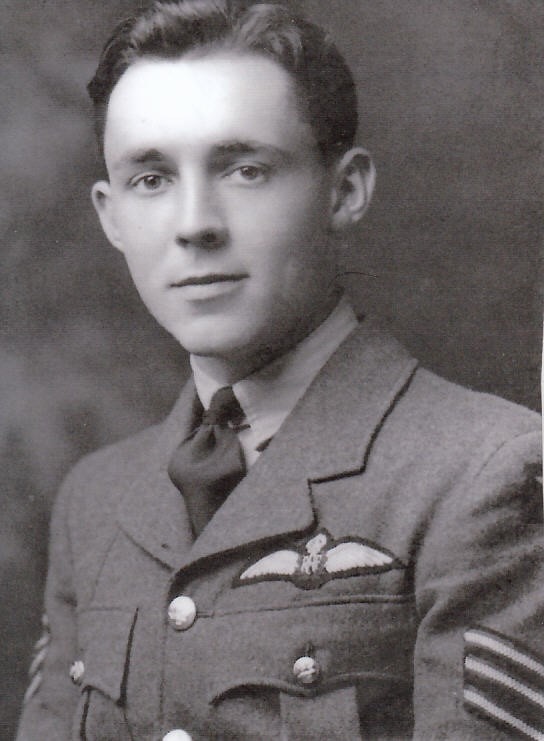 Service No. 1062112 (RAF).  Signed on as a pilot trainee 1 July 1940 in the RAFVR and received pilot’s wings 1 July 1941, ending up flying Whitley bombers with No. 51 Squadron at RAF Station Dishforth. On his fifth (and last) trip to Berlin on 7 November 1941, he had one engine shot out and ditched in the North Sea. He was the only survivor to be rescued by the Germans into 3.5 years of captivity. On return home he married, did his first overseas migration to the Isle of Anglesey and farmed there for 21 years then did a second migration to WA. Gave up farming for mineral exploration across WA and the Eastern States. Now fully retired at 97, he and his wife Mair are happily living at Margaret River WA (as of 2019). Editor of Silk and Barbed Wire (March 2000) that includes an account of the loss of his aircraft and his subsequent captivity: Sole Survivor. Author of Poem Gefanganenschaft.