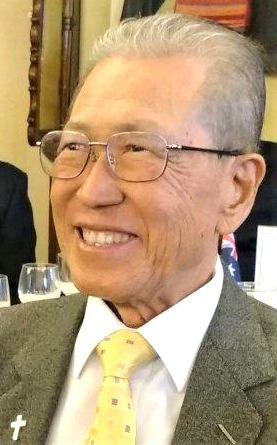 ROK Army. Vietnam War service. Joined Highgate Sub-Branch 2006.  Sunnyl served as a Sergeant in the Fierce Tiger Division of the Republic of Korea Army from April 1965 to September 1967, which saw extensive combat during the Vietnam War, and were deployed because they were among the units considered to have the longest and best records from the Korean War.  The Tigers were considered uncanny for their ability to search territory and seek out enemy soldiers and weapons.  A Presbyterian Pastor, Sunny was Highgate’s Chaplain for many luncheons and other Highgate activities; and also introduced Korean Veterans to our Sub-Branch.