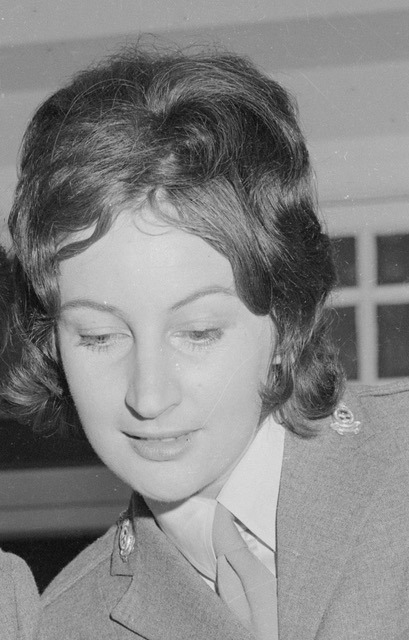 Service No: F51296.  Judy enlisted in 11 RAANC in early May 1961 During her service she was promoted to Corporal. In December 1965 she resigned to marry (nee Dods) as was the requirement at that time.  Civilian Achievements: Judy started her working career as a stenographer at Atkins Carlisle. She did the Commonwealth Bank exam and commenced at Stores Branch. Later she became secretary to the Manager of Cottesloe before finishing in Staffing. After marriage she studied for her Pitman’s Teachers Diploma. She was accepted for Teacher Training and attended the Secondary Teachers College graduating as a Commercial Teacher. Her first school was Geraldton Senior High. During a period on the Staff of Mt Lawley Teachers College she upgraded her qualifications to a Diploma of Teaching. She taught in a number of Catholic High Schools. During this time she also went back into the commercial world and spent some years as Secretary at Nursing Research in Sir Charles Gairdiner.  Wife of Peter Farrell.